Fear No Evil: A Memoir by Natan Sharansky 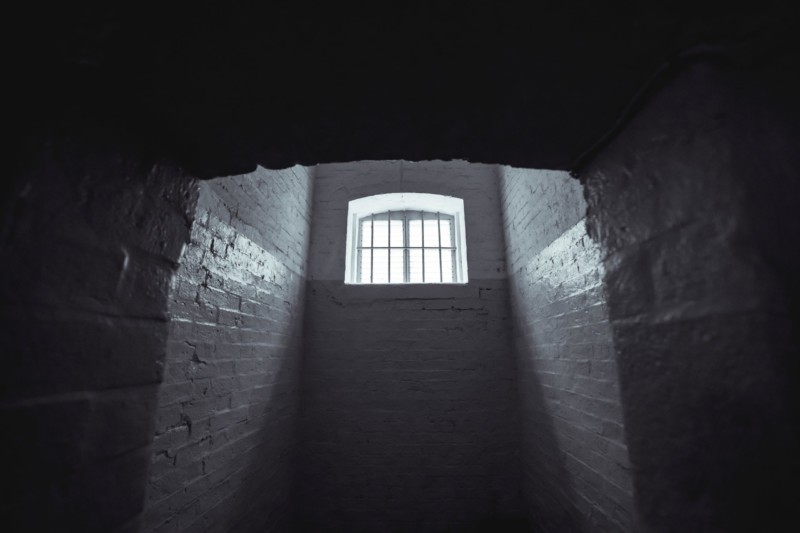 I have just finished reading Fear No Evil by Natan Sharansky, and I am in awe of his courageous and heroic battle for survival against the “evil empire” of the Soviet Union, a battle which he won convincingly by never yielding in the struggle of wills. On the one hand, it is embarrassing that I have only just read this important book first published by in 1988, 2 years after his release from the Soviet prison where he had been held for 9 years as a political prisoner. But possibly the time is right for me to have read it, a time in which I have come to understand life as a heroic journey. Sharansky’s crime was requesting a visa to leave the Soviet Union and live in Israel. He was also outspoken in his criticism of government policies of repression of human rights. It was the era of the refuseniks, the Jews and others whose request to leave the Soviet Union was refused by the authorities. In the Soviet Union he was not allowed to practice his religion or to exercise many other freedoms, such as the right to speak his mind about the government policies. He had become very well-known as a dissident both within the Soviet Union and in the West, so his arrest attracted much attention. He spends a good deal of time in his narrative talking about the period of time leading up to his arrest. He talks about how the KGB constantly had a tail on him, and as time went on was more and more obvious about it, even to the extreme of him sharing a taxi cab with a KGB agent. While this is a funny story, there was nothing funny about the KGB. He goes into great detail about his first year in prison, during which he was interrogated almost daily by the KGB and other authorities attempting to get him to confess to crimes or give the names of his “collaborators.” They let him know early on that he would be charged with espionage, a crime punishable by death. He goes into the procedures he was subjected to which made a fair trial impossible, and all in accord with Soviet law.

Once convicted, he went into the Gulag, the terrifying and reprehensible prison system that swallowed up millions of citizens, breaking their health and spirits, and often costing them their lives. Since this was twenty years or so post-Stalin their methods were less barbaric. It was illegal to torture or murder prisoners as had been done in the past. This did not mean that prisoners were not beaten, nearly frozen, starved, or murdered, but the systematic brutality had been moderated. In fact, if a prisoner went on a hunger strike as Sharansky did many times, he was not allowed to starve to death. Instead, he was forcibly tube-fed, by rectum if necessary. He recounts his experiences in the Gulag, telling the reader about the conditions, the food, the punishment cells, the forbidden zone, the guards, the prison administrators, and the arbitrary denial of privileges. The system was designed to create maximum distrust among the prisoners of each other. What I found the most interesting aspect of the narrative was his talking about his fellow prisoners, and how each of them coped with prison conditions and supported each other so as to not lose their sanity.

Sharansky was a chess master, and as such had a mind that could analyze a situation, look ahead several moves, and develop a strategy leading to the least possible harm to himself and others. He waged his own courageous personal war with the KGB, refusing ever to have anything to do with them. He would not talk with the officials other than to demand his rights when they were denied, or in an attempt to manipulate his captors. A major issue was their denial of his right to correspond with his family, and to receive visits from them. His wife, Avital, had received a visa and emigrated to Israel about 6 months prior to his arrest, but his parents and brother remained in Russia. (Avital worked tirelessly for his release for the entire duration of his imprisonment.) Most of the hunger strikes he initiated were because of denial of these privileges, and many others were in support of fellow prisoners. It was important in the Gulag to not think about the future, because such speculation decreased the ability to cope with the present reality. For example, a prisoner would be sentenced to fifteen days in a punishment cell for something like trying to communicate with a prisoner in another cell. At the end of the term rather than be released a prisoner could be advised that another fifteen days had been added on for some fabricated reason. Had release from the punishment cell been counted on, this would result in demoralization. By staying in the present, and by refusing to cooperate, a prisoner could survive. Solidarity amongst the prisoners was profoundly important as well. Here is a quote where he explains this:

“This mystical feeling of the interconnection of human souls was forged in the prison-camp world when our zek’s (prisoners) solidarity was the one weapon we had to oppose the world of evil, and when the defeat of any of us had an immediate and painful effect on the others.” (p356)

Sharansky’s experiences taught him many things, but I was particularly interested in his idea of the attraction of souls to each other because it is in accord with my own thinking. He says that just as in Newtonian physics where physical objects exert a gravitational pull on each other, so it is that souls also exert attraction to each other, and thus influence each other. He adds that this soul-attraction and energy crosses expanses of time. Thus, while in prison he felt he energy of his own heroes—Galileo and Socrates, and even fictional heroes such as Don Quixote—energy that he could draw on. Interestingly, he says that we can also reciprocate, and send our energy back to these heroes, and to others.

He had a small book of Psalms in prison, although it was often taken away from him for months at a time. It must be from the 23rd Psalm where he found the title for his memoir. “Yea, though I walk through the valley of the shadow of death I will fear no evil, for Thou art with me.”

The heroic journeyer sometimes finds the return to his community challenging. While on the adventure he or she is beset with ever-present danger, suffering, and uncertainty. At the same time, the hero draws on the one thing that he or she seems to have some control over, that of the exercise of his or her own inner strength and power to make choices. It is a journey of survival and spiritual growth, but it does not necessarily prepare one well for the return to the mundane world of everyday existence. At the end of the memoir, Sharansky is only 2 years back to the real world, and he talks about how much more complex life is now. He is committed to a life of being useful, to giving his ordeal meaning, and this is the last stage of the heroic journey, that of returning to the kingdom with the treasure, the treasure of knowledge and wisdom that the kingdom needs to survive and hopefully, flourish. Indeed, he has been an important contributor to the State of Israel since his release. One amusing fact is that eleven years after his release from prison he returned to Russia as Israel’s Minister of Industry and Trade. Anyone familiar with the Middle East and Israeli politics knows how strife-ridden and complicated the issues and relationships are. As such, Sharansky has had his disagreements with many, but it can’t be denied that he has always done what he thought was right, and given his maximum effort. I applaud Sharansky, and thank him for the sacrifices he has made. Anyone who reads this book will be in awe of the depth and capacity of the human spirit on the heroic journey of life, and hopefully will be inspired and have the courage to be their own best person they can be.