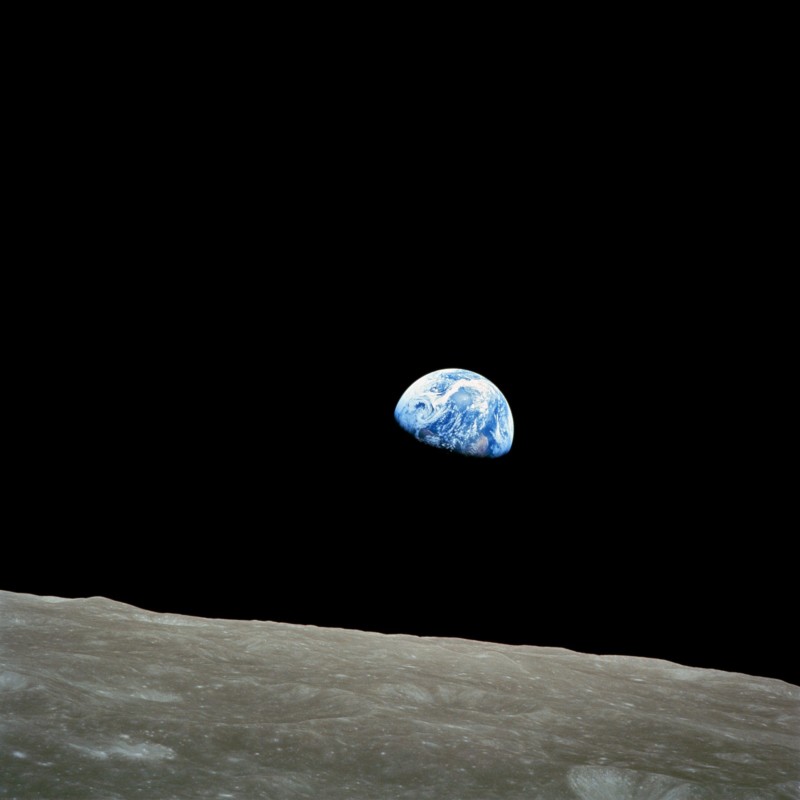 (This is from the www.georgiacat.com/blog post of April 23, 2020. It is edited for the michaelcowlgordon.com blog)

Yesterday was the 52nd Anniversary of Earth Day, the inspired idea of the late Wisconsin Senator Gaylord Nelson, a progressive liberal and ardent conservationist. He was born in 1916 and grew up Clear Lake, Wisconsin. How could anyone from a place called Clear Lake not be an environmentalist? He was a graduate of the University of Wisconsin Law School and served 2 terms as Governor of Wisconsin. He revived the Democratic Party there just at the time that Senator Joseph McCarthy was dragging the Republicans down with his anti-communist witch hunt. He initiated a strong environmental program in Wisconsin with a great deal of public support. Elected to the United States Senate, he carried the same energy and enthusiasm for the environment into his legislative efforts while meeting with a great deal of resistance from industry. So, he turned to the people and proposed April 22, 1970, as a day of protest about the state of the environment. The response of the public on that day was astonishing, and the political establishment was forced to take action. Congress went ahead with significant reforms in a series of environmental preservation laws including the Clean Water Act, the National Wild and Scenic Rivers Act, and the Clean Air Act. He did not limit his energy to saving the environment and was an early and vocal opponent of the Viet Nam War, as well as a supporter of President Johnson’s War on Poverty, and of civil rights legislation. Gaylord Nelson was one of my heroes. Here is a statement of Nelson’s philosophy: “Environment is all of America and its problems. It is the rats in the ghetto. It is a hungry child in a land of affluence. It is housing not worthy of the name; neighborhoods not fit to inhabit.” In 1995 Senator Nelson received the Presidential Medal of Freedom. No one has deserved it more. Gaylord Nelson died in 2005 at the age of 89.

His heroism was marked by his willingness to take risks for what he believed was right. He was a politician who believed that he served all the people, not just special interests. He talked about courage and sacrifice in the service of the people and the environment. Here is the core of his sense purpose in life:

“The ultimate test of man’s conscience may be his willingness to sacrifice something today for future generations whose words of thanks will not be heard.”

He was less interested in recognition than in leaving the world a better place for his having lived here.

In 1990 he sent a letter to the Wilderness Society in Madison, Wisconsin on the occasion of an award ceremony that he could not attend.

I regret I am unable to be present for your Award Ceremony but nonetheless, I am honored to be one of the recipients of the Beyond War Award.

Earth Day achieved what I had hoped for and then some. The purpose of Earth Day was to get a nationwide demonstration of concern for the environment so large that it would shake the political establishment out of its lethargy and, finally, force this issue permanently into the political arena. Having crisscrossed the nation speaking on environmental issues during the previous eight or nine years it was clear to me that the public was far ahead of the politicians and given an opportunity they would demonstrate their interest. It was a gamble, but it worked. It got the attention of the politicians. An estimated twenty million people participated in peaceful demonstrations all across the country. Ten thousand schools, two thousand colleges and one thousand communities were involved. It was truly an astonishing grassroots explosion. For the first time people were given the opportunity to demonstrate their deep concern about what was happening in their own communities and across the nation – polluted air, rivers, lakes and oceans; health threatening hazardous wastes; urban blight; pesticide and herbicide poisoning of people, plants, birds and animals; the destruction of scenic beauty and wildlife habitats. All of this swirling around them and the politicians didn’t seem to know, understand or care. But the people cared, and Earth Day became the first opportunity they ever had to join in a nationwide demonstration to send a big message to the politicians • a message to tell them to wake up and do something.”

A life lesson here is that no matter who you are and what obstacles you may face, don’t back down from doing what is right. By drawing on whatever inner resources you may be able to call on, and finding other resources around you, proceed in doing the next right thing without regard to whatever the outcome may be. The reward is in the actual doing what is right, but more often than not, the outcome will exceed what you hoped for. This I believe, and I also believe that if we all do our part we will create a cleaner and more beautiful, healthy world for ourselves and our succeeding generations.