Autobiography of a Georgia Cat 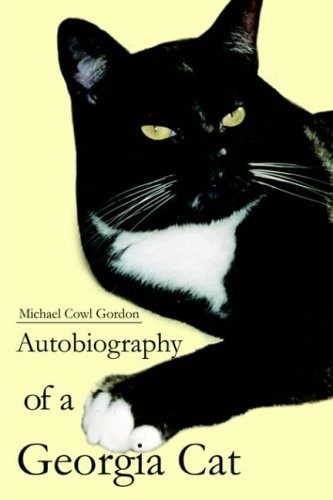 Autobiography of a Georgia Cat is the story of a Southern African-American family as it struggles with the illness and death of a granddaughter who is married to a Jewish man. Spiritual and family themes are emphasized. The story is narrated by Black Jack, the remarkable family cat, who also tells of his own life as an indoor-outdoor cat in Marietta, Georgia. Much space is devoted to “feline” mythology and spirituality which have a distinctly Native-American flavor. The strands of many cultures are woven into the fabric of this story, leaving the reader with a positive message of hope and of the oneness of all things.

Animal lovers will never look at their pets the same again after meeting Black Jack, a deeply spiritual cat with a wry sense of humor. He agonizes through the alcoholism of his guardian, Archie, and the increasing decrepitude of Archie’s wife, Cora, and her centenarian mother. The constant outpouring of gospel music from Mama’s radio adds to the spiritual power of this charming and touching story. Whether from his commentary on dogs, fur balls, human nature, or whatever he has on his mind as he tells his tale, the reader will know that he has had an encounter with a wise, wonderful, and unforgettable feline.

Hear an interview with Dr. Gordon on Radio Sandy Springs from 2/21/07

We are a “blended cat” family, as Judy and I each had 2 cats when we got married. Mine were Baby Blue and Black Jack, and hers were Smoogie and Archie. Black Jack died after an operation in 1999, and Archie died suddenly and inexplicably in 2002. We acquired Lucy Locket in 2000 and Tiger late in 2002. The twins, Jackson and Shayna Maidel, came along in 2009, and Ladybug2 in 2012. Magi came to live with us in July of 2020. All our cats are rescues from the Good Mews shelter in Marietta where Judy is a volunteer.

She was my first cat. I brought her home as a kitten about 2 months after Gena died in 1992. She died of kidney failure in July of 2008. Baby Blue was not very bright so she had to get by on her good looks. Smoogie was her biological mother, a relationship they both celebrated with open hostility.

She was the model for “Grits” in the story. Judy brought her home after she recovered from a losing encounter with a car on Atlanta Road where she had been the (Brawner) Hospital cat. She adored male visitors of the 2-legged variety. Smoogie died of kidney failure in January, 2009, but she took satisfaction in lasting a lot longer than Brawner Hospital did.

She was a Siamese mix that we got from the humane society. Because of her stocky, no-neck build, she was also known as Lucy Linebacker. She never liked other cats, and it took 7 years before she would let me pet her. She died of kidney failure in January, 2011.

We adopted him from the Good Mews shelter where Judy volunteers. He had more charm and personality than you can shake a stick at, and got along with everyone, except the twins (vide infra). He enjoyed his life immensely until the very last day when he died of cancer in 2014.

He was adopted as a kitten by Judy as a companion for Smoogie who resented him at first until she recognized his value as an interactive cat toy. He and Judy were extremely close, and his sudden death at age 9 was tough to take.

The model for the Black Jack in the story, we adopted him as a kitten companion for Baby Blue a few weeks after she joined our family. He was a large handsome cat who was on the nervous side and used to soothe himself with an endearing thumb-sucking ritual. He is proud to live on as a literary cat.

We adopted him as a kitten from the Good Mews shelter in East Cobb in June of 2009, along with his twin sister, Shanya Maidel. He is also known as Nascar, because his motor is always running.

Another very pretty little girl, she is the epitome of the curious cat, and is always in a good mood. She and Jackson enjoy watching TV, especially tennis or shows on Animal Planet.

She came to us as a kitten from Good Mews in 2012 and blended right in. She is a tricolor tabby and wears her orange tinges proudly.

Magi (pronounced Mah-jee) came to us as a kitten in July 2020. He is our panther cat, 14 pounds of muscle, bone, and energy, almost too much so for Ladybug, who doesn’t care for him at all. Another Good Mews cat, he seems as happy to be with us as we are with him. 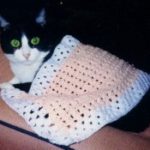 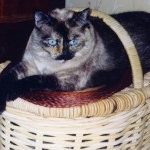 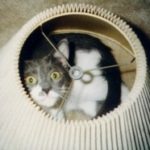 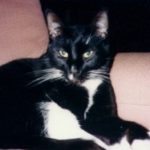 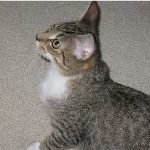 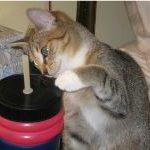 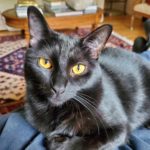 Autobiography of a Georgia Cat

In Autobiography of a Georgia Cat, we meet Black Jack, who possesses both street-savvy cleverness and a droll wit. At first, Black Jack describes his interesting kittenhood. But after he experiences a series of misadventures, the reader is privileged to meet Black Jack’s permanent family. Through his eyes, the reader shares the family’s challenges and foibles, but ultimately, their triumphs too. Sandwiched securely in-between is a side trip of sorts, where Black Jack and his feline compatriots meet and share stories of their feline ancestors. Through Black Jack’s present-day life, and the lives of those past, the reader can see Black Jack’s spiritual maturity develop. A thought-provoking read.

Dr. Michael Gordon has a new twist on storytelling. His first book, “Autobiography of a Georgia Cat,” is narrated not by the author, but by his cat Black Jack.

From a cat’s eye view, the author talks about life at large in Marietta. Black Jack adds levity to the book’s deeper themes of spirituality, loss, grief, and addiction.

The cat’s tale of life with an African-American family has a subplot that mirrors Gordon’s own life. The story relates a family’s struggles with the illness and death of a granddaughter who is married to a Jewish man.

Gordon, a specialist in addiction medicine at Ridgeview Institute in Smyrna, decided to write his book after his wife, Gena Browder Gordon, died of cancer. He started the book as a journal to deal with his grief and healing.

Told from a feline’s curious perspective, this is a delightful tale within a tale. When listened to with the inner ear, one finds a story of humanity, compassion, tolerance, and divine wisdom.

A Delightful Tale within a Tale, Doctor Anita Johnson, author of "Eating in the Light of the Moon"

This is a warm, wonderful book, reminiscent of To Kill a Mockingbird and The Secret Life of Bees, yet still unlike anything you’ve ever read. I HIGHLY recommend it!

High (and Brief) Praise, Betsy Stowe, author of "Calico Tales and Others"

Autobiography of a Georgia Cat is like an adult version of The Little Prince, but from the perspective of a cat. Black Jack is a wise elder of a cat who brings authenticity, compassion, and a gentle knowing to each situation he encounters. Throughout the storyline, universal spiritual truths are uncovered as well as the power of mythology, the song of the universe. Wonderful, poignant, and humorous, this classic gives you a sense of joy, truthfulness, and the oneness of all God’s creations.

If the Little Prince Was a Cat, Martha Morrison, MD, author. White Rabbit, A Physician's Own Story of Addiction, Survival, and Recovery

Autobiography of a Georgia Cat reflects the experiential wisdom of at least nine lives. In gently reminding less enlightened two-legged consorts, Black Jack (as channeled by Michael Cowl Gordon) deals fortunate readers a winning hand. We view timeless truths through the vibrant if dysfunctional tapestry of Black Jack’s adoptive human family and feline friends, replete with universally familiar foibles and lore. Life’s delicious, painful duality, the insidiousness and toxicity of addiction, the arbitrary elegance of the unfolding cosmos; each thicket of briars is skillfully traversed by our sleek black savant.

The overarching importance of remembering that we are all spiritual beings of equal value participating in transitory living and learning experiences is poignantly illustrated through teachings from Judaism, Christianity, Buddhism, and Native American Indian Mythology. Each tenet unfolds through the insights of Black Jack and similarly enlightened felines, who as any cat lover knows (and is reminded daily in the most strident tones) must be regarded as the most intuitive and highly evolved of all creatures.

That this appreciation of the agonizing wondrousness of life’s falling apart and falling together is told by a cat is by turns disarming and profound. Consider Black Jack’s seminal parting meow. “We only pass through this world, have our brief moment to live and love, and then travel on down that mysterious path, sweetly shrouded in hope, leading to new worlds of life and love.”

Michael Cowl Gordon has written a book that I will be recommending to almost anyone who is dealing with issues of grief and loss, addiction and recovery, or searching for spiritual clarity. I can also recommend it to anyone who enjoys a good story, and for cat lovers it is a must read!

“I read this book in 4 hours and immediately ordered copies for my friends and family. It is quite entertaining on its own, but if you are FOB or spiritual in any way you will realize that these stories mean so much more. After my mom reads it (literally grabbing it from me) I plan to read it again slowly with highlighter and pen in hand! There is so much to be learned from this!” 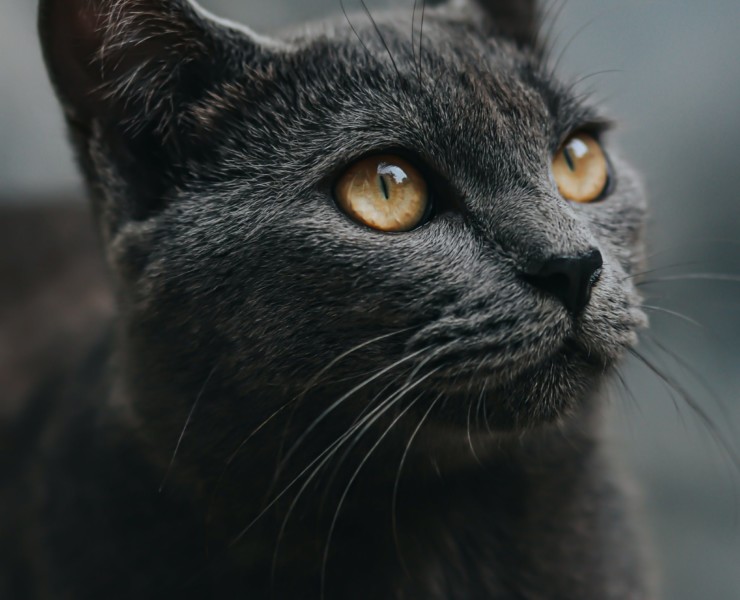 Here is another guest post from Black Magic. So, I continue to stress the importance of cats to the understanding that humans have of their world. I must say at … 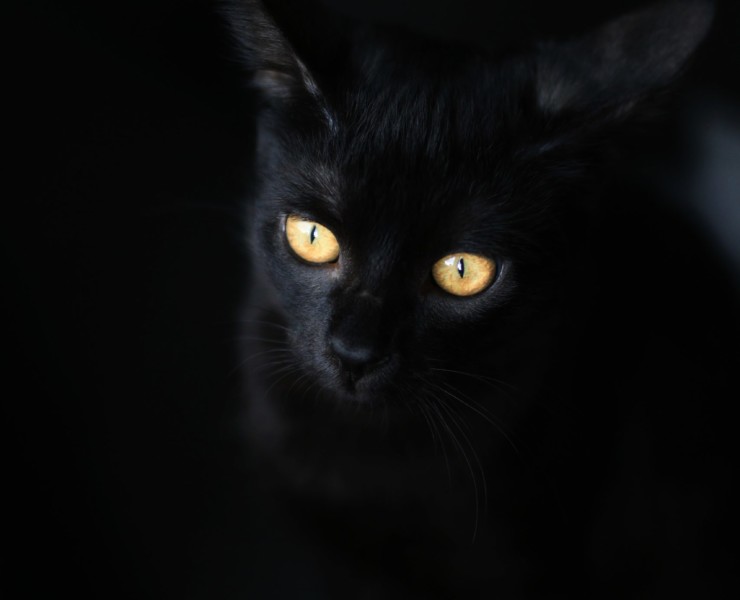 Here is another guest blog from Black Magic.   So, as I was walking home this afternoon from my inspection of the neighborhood, once again I found Nevermore (our neighbor’s … 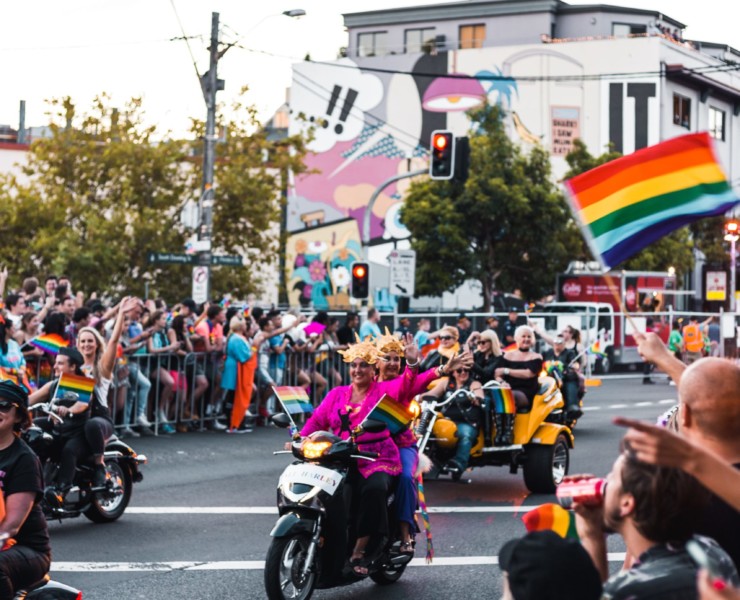 Here is an article that Black Magic wrote a couple of years ago. He thought it could be of interest to my readers, and as a black cat, it is … 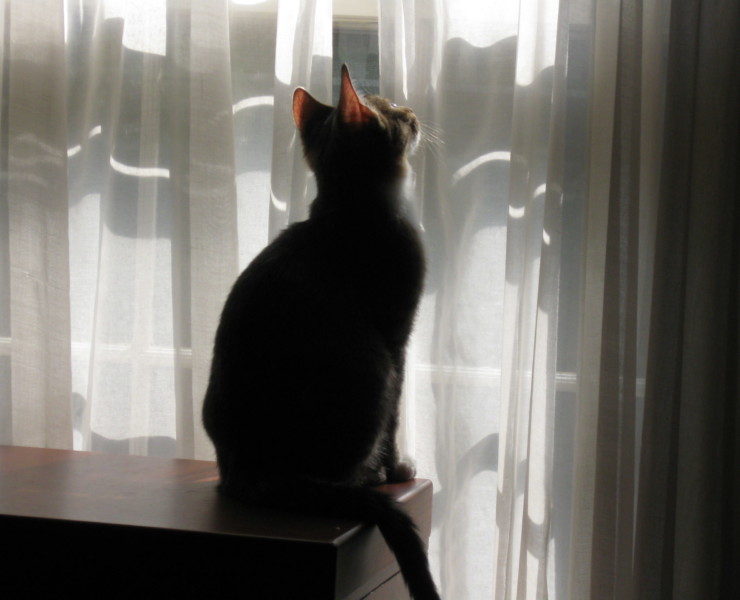 Fleas and the Meaning of Life

From time to time this website will feature a guest blog written by Black Magic, the virtual cat who lives in my head. He is the grandson of Black Jack, …