I’m Just Another Bozo on the Bus

Posted on May 10, 2022, tagged as Alcoholics Anonymous, Heroic Journey 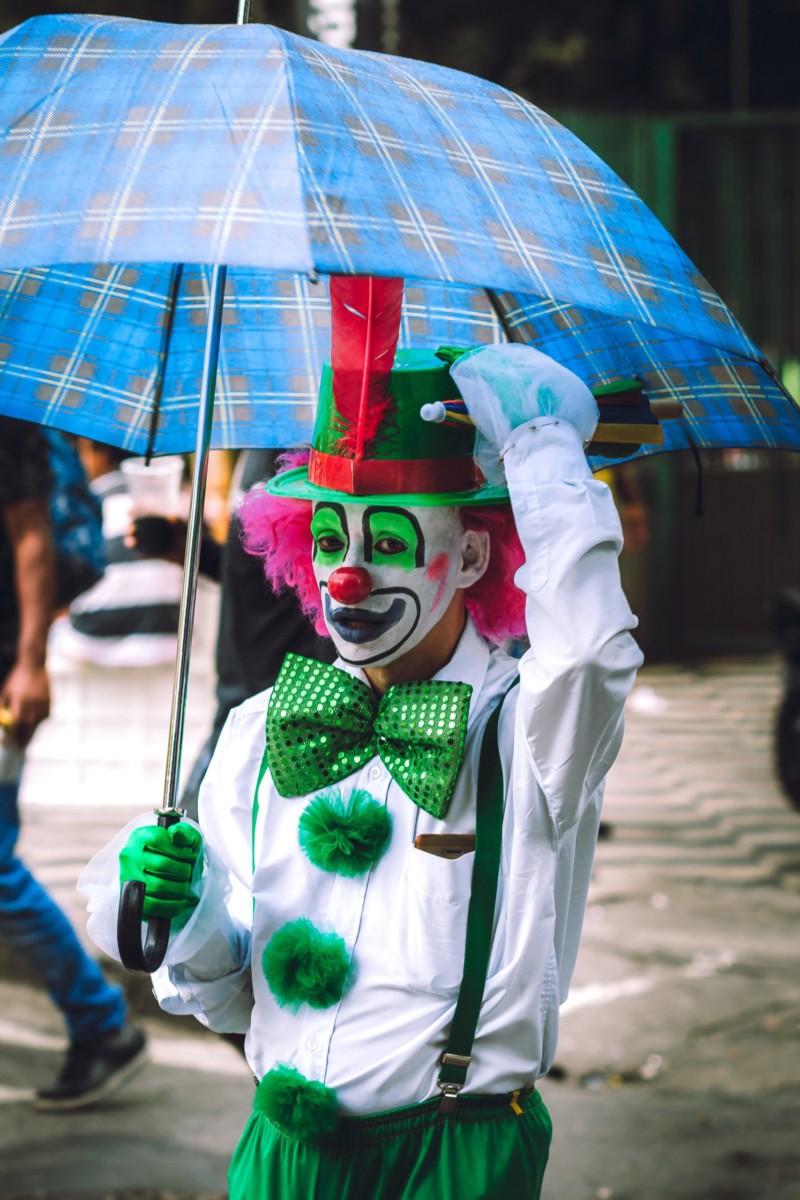 Alcoholics Anonymous is a fellowship of people who have in common the desire to stop drinking, or to stay stopped. As active alcoholics their stories often include episodes in which they behaved disgracefully, incurring substantial guilt, shame, and embarrassment along the way. At the same time, most alcoholics successfully maintained the delusion that they were fully in control of their lives, and not only that, but generally knew better than anyone else on most any subject. Underneath all this lay a deep-seated belief in their personal inadequacy along with a facade of coolness to keep their inadequacy hidden from the view of others. Thus the expression of being an egomaniac with an inferiority complex. It is a crazy and painful way to live.

Once in A.A. and sober, the alcoholic embarks on a journey of self-discovery and self-forgiveness such that he or she can arrive at a place of self-acceptance, usefulness, and wholeness. A perspective is gained on one’s past life in which the narrative changes from “The Great Tragedy of Mike G. (or whomever)” to what one had to go through in order to get to where one is now.  One of the tools picked up on this journey is the gift of laughter, especially, the ability to laugh at oneself. People in the fellowship learn to not take themselves so seriously. An expression often heard at A.A. is “I’m just another bozo on the bus.” This is a statement of being not special, no more or less than anyone else. It is the opposite of where the alcoholic came from, the egomaniac with the inferiority complex.

I like the expression because it is both amusing and instructive. I have a special feeling for it because both Bozo the Clown and I are from Chicago. My family moved to the Chicago area in 1947, and to the city in 1951. Bozo the Clown was featured in a television show that first aired on WGN-TV in 1959. It was highly successful, and ran for over forty years. At one point there were numerous locally produced Bozo shows all over the country. The original Bozo was played by Bob Bell who held the role down for 25 years. The word bozo means a person who is foolish and incompetent. We tend to mock such people when we are not being nice, but it’s okay to make a little fun of ourselves. I think the “bus” reference also has significance, in two ways. First of all, it is a means of conveyance—it takes people from one place to another. Thus, it represents the fact that recovery, indeed life, is a journey. Moreover, a bus is a relatively humble means of transport. Generally speaking, people take the bus when they can’t afford anything better. It is the proper means of transport for a person whose overblown ego has been deflated. And secondly, the bus signifies that we are all taking this journey together. It is a much better way to live than trying to fight all the demons alone, angry and terrified. I learned to not take myself quite so seriously once I found myself amongst others who had acquired the gift of being able to laugh at themselves. And when I fall back into the trap of taking myself too seriously, I just imagine myself with a big red nose, goofy red hair, oversized clothes, and a grotesque smile—just a clown among clowns—and I can settle back down as a member of the human race—another Bozo on the bus.