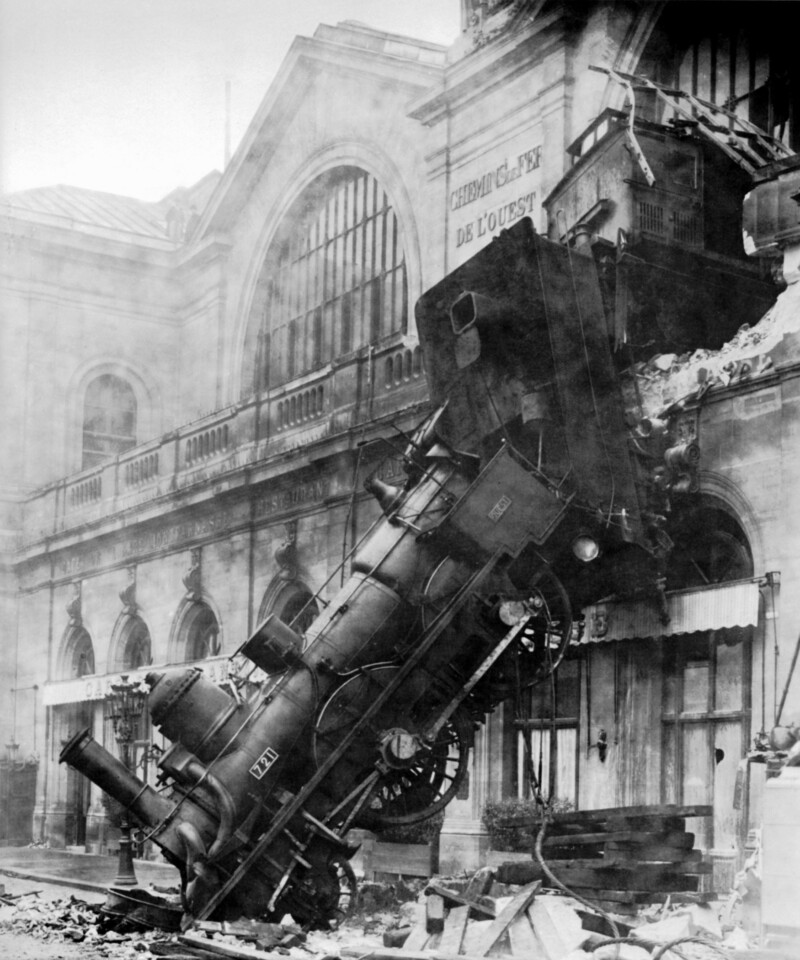 Heard at an A.A. meeting. “I was on the death train called alcoholism. I wanted to get off, but I didn’t know how.”

The Heroic Journey starts with the call to adventure. In every person’s life a great challenge will be encountered. The response to this challenge will determine the course of the Heroic Journey, and by extension, the course of an individual’s life. I like to use the Biblical story of Moses as an example. The story has mythic elements including the miraculous birth story in which he was saved from being killed as an infant by the action of his mother who put him in a basket and set the basket into the Nile. Subsequently he was rescued by the Pharaoh’s daughter and was raised as a prince in the palace, a common site for a heroic story. After killing the Egyptian for beating a Hebrew slave, he ran for his life and was living in the land of Midian where he became a shepherd and married the daughter of a priest. All this was preparation for the great adventure of his life. At the time of his call to adventure he was not looking to make a change in his life. Presumably, he was quite content with his life, with no greater problem than being away from his tribe. However, he had never been close with his tribe, having been raised from infancy in the Pharaoh’s palace.

So, one day while minding his own business, probably thinking about not very much, he was grazing his flock when he noticed something out-of-the-ordinary—a bush was on fire, and it was not being consumed by the fire. A bush on fire is not big deal it seems, but a burning bush that is not being consumed by the fire, that deserved a second look. I suspect I would have walked right past it. As he approached the bush a voice called out to him and presented him with his great challenge—go back to Egypt and demand that the Pharaoh release the Hebrew people from servitude and let them leave Egypt.

The second phase of the Heroic Journey is the refusal of the call, or, the wish to refuse. In the case of Moses, he tried to talk God out of it, but God had an answer to all of his excuses. And, God wouldn’t tell Moses His name which Moses requested so he could tell Pharaoh who sent him. Just tell him “I Am” sent you, or something close to that. And with not much more than that, plus a promise of help along the way, off went Moses to Egypt.

For the alcoholic, the call to adventure can come hundreds or thousands of times. Waking up with a terrible hangover, throwing up uncontrollably, waking up with a stranger not remembering how one got into that situation, getting a DUI, losing a job, family strife, liver disease, money troubles, the self-loathing that goes along with such uncontrolled and unacceptable behavior, all could be interpreted as a call to adventure. However, unlike Moses, the alcoholic is not paying much attention. Through endless rationalizations in a state of denial, the alcoholic fails to recognize that he or she has to make a radical life change. He sees the problems in his life as external to himself—someone else is to blame for whatever difficulties he suffers with. It is not that he is on a death train; it’s just that his train is traveling in hostile territory. All the rationalizations, blaming, and denial represent the second stage of the heroic journey—the refusal of the call—and this refusal also appears on the journey hundreds or thousands of times. For many the fog eventually begins to lift, and the alcoholic starts to see that he is “on the death train.” He or she may or may not know the name of the train, but they know they are in trouble. They have arrived at the point of the man at the A.A. meeting who said he knew he was on the death train, but didn’t know how to get off. In the parlance of A.A., they have taken the first step, admitting that they are powerless over alcohol and that their lives have become unmanageable. Now that the alcoholic is paying attention and admits to being in a bad way, he is ready for the gifts which make a successful adventure possible. In the myth of the Heroic Journey the hero is promised gifts by the Higher Power which the hero can use to successfully meet a challenge that on the face of it appears to be impossible—such as getting the Pharaoh to let the Hebrews go. Here we encounter the next stages of the A.A. Twelve Step program, steps two and three. Step Two is coming to believe that a Higher Power can release one from the death ride, so to speak, followed by Step Three, acceptance of the challenge and of the gifts of recovery—not ten plagues as in the story of Moses, but the steps, the meetings, the fellowship, and a sponsor.

It is of interest that the metaphor used by our friend at A.A. was that of a mad journey—being on a train that is rushing forward out of control. Such a person is prepared to end the destructive way of addiction and begin an adventurous journey of recovery. He is ready to be shown how to get off the destructive pathway and start the next phase of life. It should be understood that the death train ride is actually an aspect of the heroic journey. It is, in fact, the call to adventure—and the refusal likewise is an aspect of the journey. The refusal is like Moses telling God that he is happy in Midian and doesn’t want to go to Egypt. Whether or not it is “I Am” who is calling, or just who or what the Higher Power might be is to be understood eventually by the traveler.

Journeys are started at the beginning, not somewhere in the middle. Realizing this, one understands that every alcoholic is engaged in the Heroic Journey at every stage of the disease. Once ready, the alcoholic is led to A.A. where he or she is shown not only how to get off the death train, but how to stay off of it. And the recovery journey takes the traveler to amazing places, involving much more than he or she could have possibly imagined—with rewards way beyond what could have been hoped for. And like Moses, it presents additional challenges along the way which can only be managed through the help of the Higher Power, the same Higher Power who called the alcoholic to adventure in the first place.