The Patron Saint of Drug Addicts 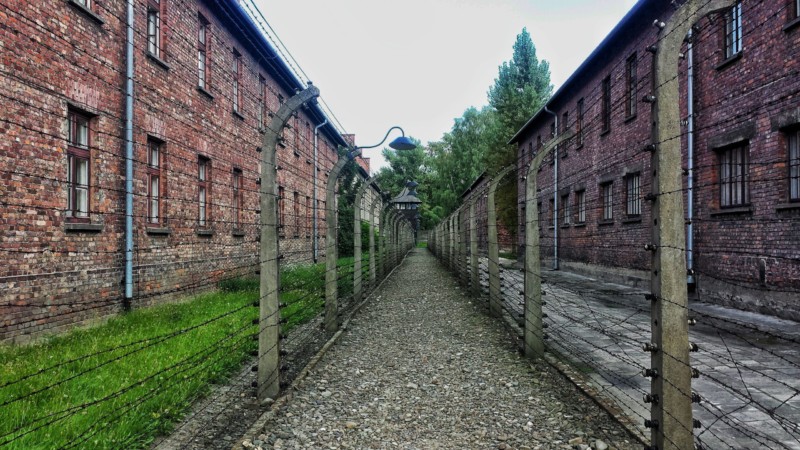 Father Maximilian Kolbe was a Polish priest who died a martyr in Auschwitz in 1941. Born in Poland in 1894, he had a vision of the Virgin Mary at age 10, and entered the religious life at age 16. He was ordained a priest in the Franciscan order, and was active in organizing and publishing. He was especially devoted to the Virgin Mary whom he saw as a spiritual conduit to God. He hid 2,000 people, mostly Jews,  from the Nazis, and for this crime was arrested and sent to Auschwitz where he was enslaved as a laborer. While there he ministered to the spiritual needs of Catholic prisoners and celebrated mass using stale crusts of bread. At one point he was beaten nearly to death by a brutal guard who had taken an especial dislike to the priest. After a successful escape by a few prisoners, the camp commander ordered 10 prisoners to be chosen at random to be placed in an underground bunker and starved to death. One of the 10,  Franciszek Gajowniczek, a sergeant in the Polish army, cried out in desperation that he was a married man with children. Father Kolbe volunteered to take his place, a request which was approved by the commander. After 15 days during which he led the dying men in prayer, Father Kolbe was still alive, and he was given a lethal injection and cremated. The entire incident was widely known throughout the camp and served as inspiration to the other prisoners.

In 1955 Father Kolbe was designated a “servant of God,” the first official step towards sainthood. (Moses, Joshua, Paul, and James are all referred to as servants of God in the Bible.) In 1969 he was beatified as Confessor of the Faith, and he was canonized as a saint in 1982. His martyrdom was considered to be that of Christian charity rather than of persecution for his faith. Franciszek Gajowniczek miraculously survived his imprisonment, and was able to attend both the beatification and the canonization ceremonies in Rome. St. Maximilian Kolbe is designated as the patron saint of drug addicts, prisoners, political prisoners, journalists, media communications, and families.  Pope John Paul II designated him the Patron Saint of our Difficult Century. His feast day is August 14, the day of his death.

His life illustrates some important aspects of the Heroic Journey. First, he was called upon to do the seemingly impossible, to survive and to serve man and God under dreadful circumstances of war, persecution, imprisonment, and slave labor. That he was able to successfully carry out his journey was made possible by his faith, and the strength he drew from it. When presented with an opportunity to save the life of a fellow prisoner, a husband and father, he acted immediately, knowing that death was certain. And, as in all heroic tales in which the hero is killed, he rose from the dead through certified miracles, and by serving as a lasting inspiration to others of how courageous it is possible to be. His story is that of humanity at its finest.